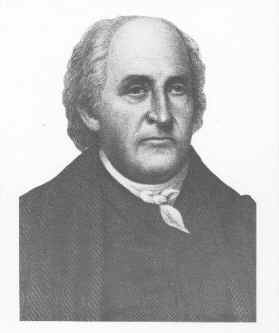 Bishop Otterbein was a German-American clergyman and founder of the United Brethren in Christ.  After pastoral work in Germany, he came to America in 1752 as a missionary of the German Reformed Church to the wayward "Dutch" in Lancaster County, Pennsylvania.

In association with Martin Boehm, whom he met about 1768, he carried on successful evangelistic work, mainly in the German settlements of Pennsylvania and Maryland.  His influence was widespread, especially after he became pastor of an independent congregation in Baltimore known as the Evangelical Reformed Church.

While remaining  a member of the German Reformed Church, Otterbein played a leading role with Martin Boehm and a small group of lay preachers in laying the foundations in 1789 of a denomination to be known as the United Brethren in Christ; he and Boehm were elected bishops  in 1800.  Otterbein College, Westerville, Ohio, is named in his honor