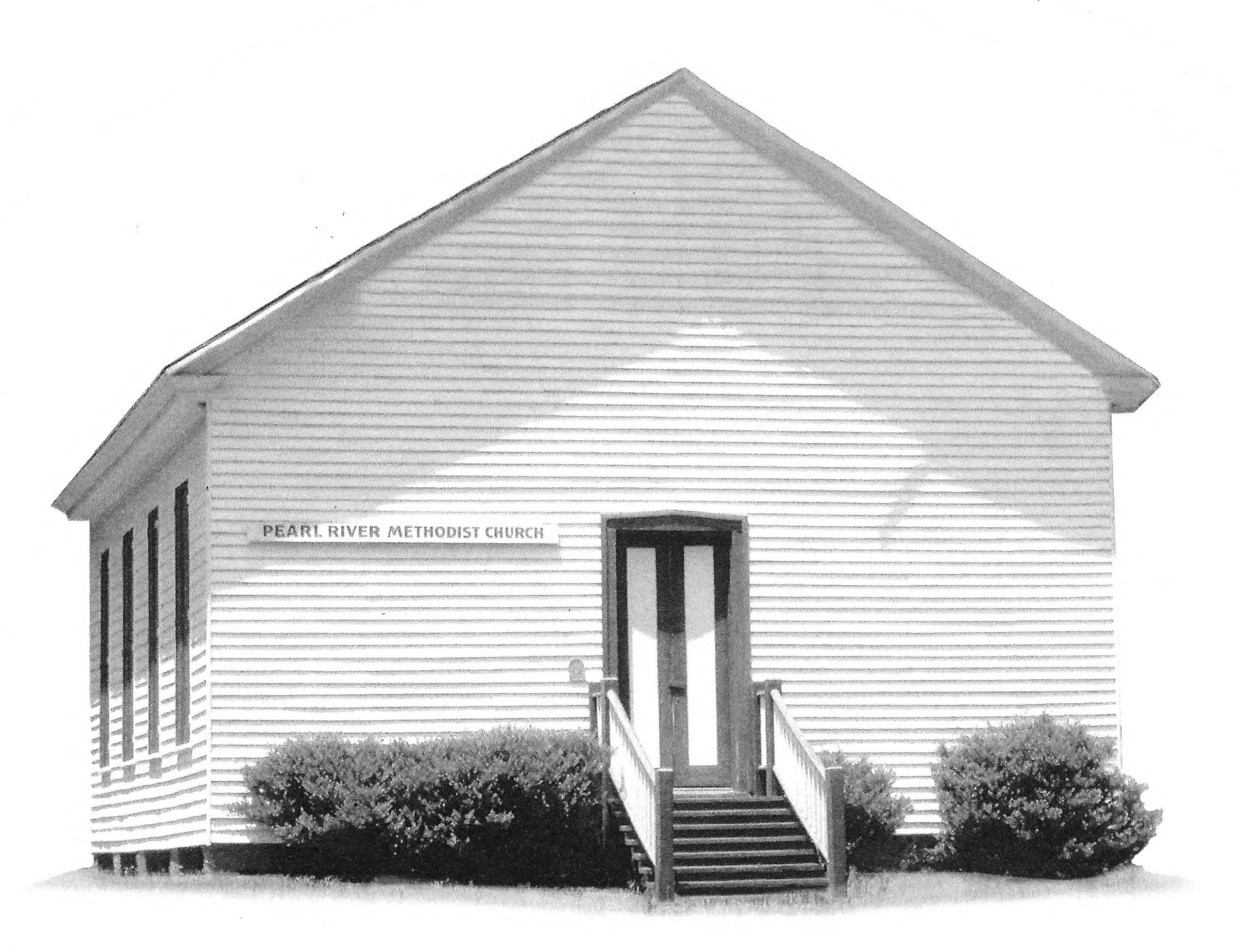 Pearl River Church is the home church of the Lambuth family, which holds a unique role in the history of Methodism as ministers and missionaries dating back to the early 1800s.

William Lambuth, born in 1765, became a Methodist minister serving first in Virginia, then in Kentucky and Tennessee as a missionary to the Indians and white settlers. One of his sons, John Russell Lambuth, became a Methodist minister and in 1843 moved with his family to Madison County not far from the Natchez Trace, near what is now known as Pearl River Church. The church included a school, Pearl River Academy.

James William Lambuth, the second son of John and Nancy, became a Methodist preacher and married in 1853. He and his wife, Mary volunteered to be missionaries and served forty years in China and Japan where they were founders of Methodist churches, schools, and hospital.  J.W. and Mary were parents of four children: Walter Russell, Nettie, Nora and Robert. During one return visit to Mississippi during the Civil War, the family stayed in Madison County for two years, attending Pearl River Church. Daughter Nettie died during this stay and is buried in the Pearl River Church cemetery. The family returned to China.

Born in Shanghai, Walter Russell Lambuth was ordained an elder in the Tennessee Conference of the Methodist Church, and returned to China with his wife Daisy Kelly as a medical missionary. He returned to the United States in charge of all missionary work as General Secretary of the Board of Missions.  Lambuth was elected Bishop by the M.E. Church, South, in 1910, and was assigned to Brazil. The following year he established Methodist work in the Belgian Congo, Africa, later traveling to Europe and establishing Southern Methodism in Belgium, Poland, Czechoslovakia, Manchuria, and Siberia, supervising missionary work worldwide until his death in 1921. He died in Japan and his ashes were buried in Soochow, China, next to his mother.

In addition to the four generations of William, John Russell, James William, and Walter Russell Lambuth and their wives, at least ten other family members served as Methodist ministers and/or missionaries.

Points of interest at this Heritage Landmark: A historic cemetery is part of the property; ten Lambuth family members are buried here under the shade of magnificent hardwood trees.  The church is a single room, single story wood frame construction originally built as Pearl River Academy in 1843 and remodeled in 1889 using many materials from the original building.  Heavy timber floor girders support heart pine tongue and groove flooring.  The beams are partly hewn and partly sawn and have evidence of old tenons, pegs, notches, etc. which indicate an earlier use.  Most of the framing materials and siding are cypress.  The interior of the building includes wooden pews with center divider and pews on either side of the pulpit area facing inward.  With no electricity or running water, it remains today much as it was when the Lambuth family worshiped here.

Special events: Each year a memorial service is held at Pearl River Church in honor of the Lambuth family ministers and missionaries – Lambuth Day. The name “Lambuth Day” was first used in 1927 and has been observed annually since then on the first Thursday of October.  Special emphasis is given to missions; a tour of the cemetery with Lambuth graves marked is offered; a picnic on the shady church grounds is provided.  Active weekly services at the church have been discontinued, but the church remains under the care of its Historic Council, the MS Conference Commission on Archives and History, and the nearby Madison UMC.

Area attractions:  The rustic site of the church is in an area originally part of the Choctaw Nation.  From 1801, Puckshunubbee was chief of the western region of the Nation and moved to the area around 1807.  The location of his house has been meticulously documented and is one mile south of Pearl River Church.  Chief Puckshunubbee, who died in 1824, was chief when treaties were signed to cede much of the Choctaw land to the U.S. in 1805, 1816, and 1820.
The location is also near the Natchez Trace, a historic trail used by pioneer travelers between Natchez, MS, and Nashville, TN, which is now a roadway and part of the U.S. National Park Service.

To visit: The church property is fenced but not locked; the building is open for visitors.  Parking is available on site; there are no restroom facilities.  Contact Debra McIntosh for more information.

Food and lodging:  Many options in the metropolitan Jackson area, which includes Madison and Ridgeland.  Closest hotel is Hilton Garden Inn, Madison, Mississippi.

To learn more about United Methodist church history in this area: