The General Commission on Archives and History (GCAH) has announced that the Archivist-Records Administrator at for the past twenty-six years, Dr. Dale Patterson, retired at the end of 2019. 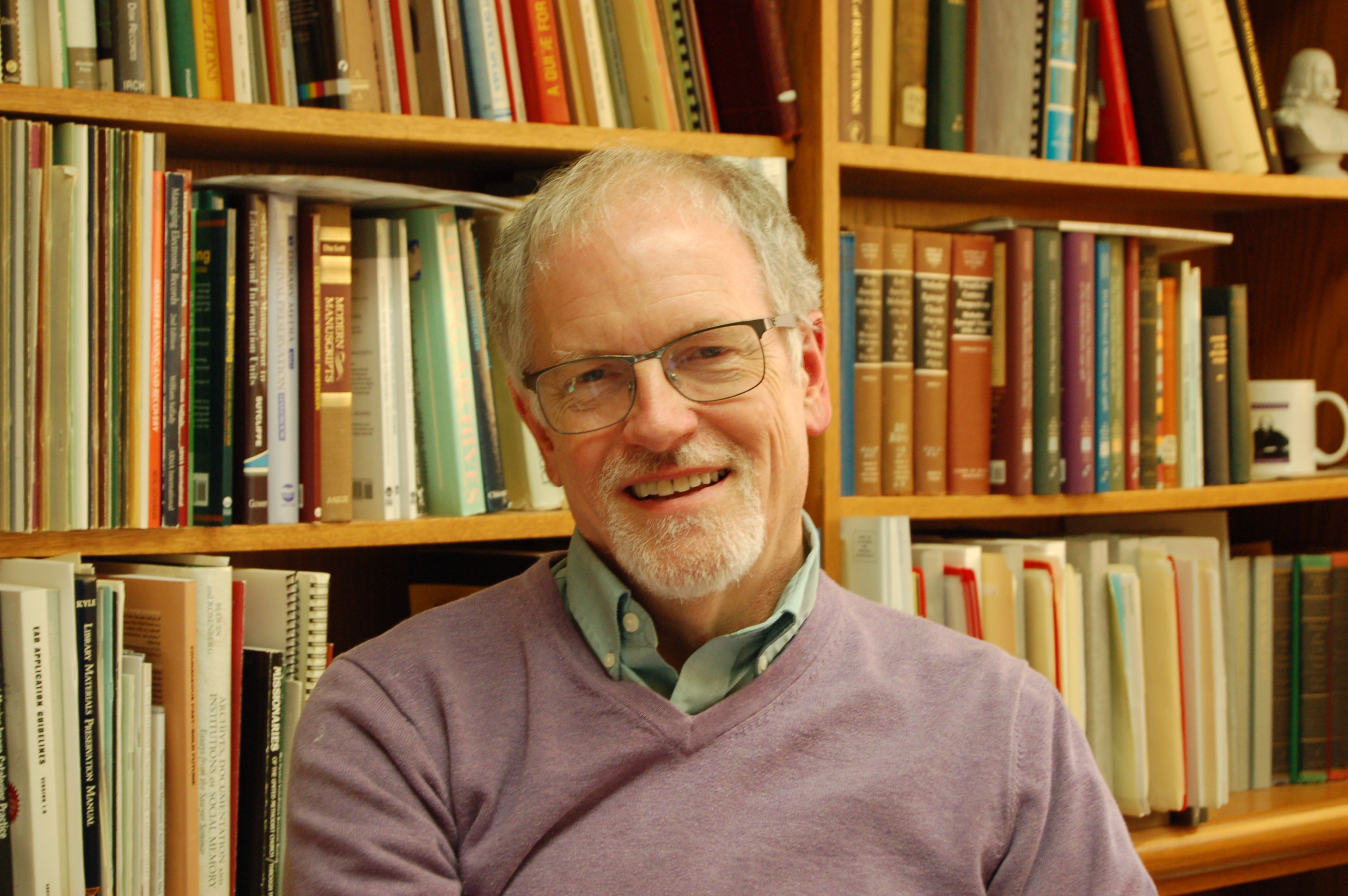 GCAH General Secretary Rev. Alfred Day III, said, “Dale Patterson has raised the level of respect and accessibility of the UMC's archival holdings to the highest possible level. He has served in various leadership capacities in the Society for American Archivists. When Christian denominational archivists need to be brought up to speed on archival best-practices or cutting-edge archival technologies, they have Dale on speed-dial.”

Patterson’s work as an archivist spans over thirty-five years. Prior to his position at GCAH, he worked at the University Archives and Record Center of the University of Louisville.

Patterson’s tenure at GCAH coincided with archival practice entering the digital age.  Like libraries a decade earlier, archives were now placing descriptions of their holdings on the internet.  These descriptions started out as simple text lists on text-based websites and grew and developed into websites today that not only list what an archives has, but often allows the public to interact with the material in some way.

“To watch Dale do his job is to watch someone who loves his work and cherishes being a United Methodist,” said Day. “He loves his work and loves being United Methodist so much that the old books and papers, pictures and pamphlets housed at the Archives become living things full of inspiration, insight, and information which he wants to share so others may have their own discoveries about Methodist DNA.”

Bishop Jeremiah Park, chair of the Commission, congratulated Patterson on his career and service to the denomination: “All the digitization he’s done and deep databases he developed, all the finding aids he carefully created, all the best-practice technology he instituted, all the increased website accessibility he added, all the media—mission albums and classic Methodist radio and television programs—he uncovered and made useable, all the confirmation classes he immersed in their denominational DNA, all the emails he answered, all the meetings he attended far and wide, all the fledgling archivists he inspired … These exercises of Dale’s God-called vocation have brought the work of the Methodist Archives to life and light for countless people.”

The Archives Center now has over 300 finding aids—descriptions of its collections—along with a database of conference journal memoirs from 1773 to 2000; radio and TV programs the denomination created in the 1950s and 1960s, and a database of mission images from a century ago which are being transcribed by a small cadre of volunteers.

“His leadership with GCAH and the Society of American Archivists to administer the Josephine Forman Award has supported dozens of ethnic minority students in their pursuit of a career in archival science,” said Day. “One of the best testimonies to his leadership are the young historians and archivists he has influenced to consider archives and history work as a career.”

“I’ve had the best job in the world,” says Patterson.  “I got to work with unique material in preservation and in making them accessible to a larger public.  I’ve also worked with great colleagues over the years,” he added.  “It has been a pleasure and a blessing.”