From “Mr. Methodist” to China: Two New Papers Now Open to the Public

The General Commission on Archives and History (GCAH) is pleased to announce the release of two new sets of papers to the public: Edward Pearce and Lily Anderson Hayes Papers; and Charles Coolidge Parlin Papers. 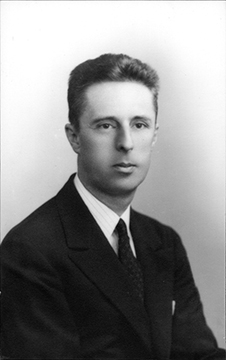 The Hayes papers provide a personal glimpse of United Methodist mission work within the Fuzhou area in China during the tumultuous mid-twentieth century.  Reverend Edward Pearce Hayes (1895-1979) and Lily May Anderson Hayes (1895-1988) were missionaries who spent nearly thirty years together in Foochow, China.  They were married in 1917 and sent to China in 1921 where Edward was appointed District Superintendent of the Methodist Episcopal Church Board of Foreign Missions.  Edward Pearce Hayes supervised the development of churches, schools, and hospitals. During World War II, the Hayes' spent time apart, with Lily living in California until 1947.  While living in China near the end of the 1940s, the Hayes' experienced the turmoil of the Chinese Communist Revolution.  While many missionaries left by 1949, they stayed behind in China to continue their work until 1951.  For the rest of his life, Edward Hayes was outspoken about communism and the effect it had on Asia.  The Papers of Edward Pearce and Lily Anderson Hayes are compri 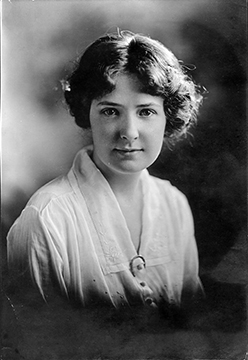 To view this finding aid, go to http://catalog.gcah.org/publicdata/gcah5772.htm.

Charles Coolidge Parlin (1898-1981) was probably known as the most influential layperson within United Methodism and global Methodism during the mid-twentieth century.  He was nicknamed “Mr. Methodist” and known throughout the world due to his denominational positions and ecumenical work.  Any serious researcher interested in mid-twentieth century Methodism, especially pertaining to the 1968 merger or the ministry of the World Methodist Council, must review Parlin’s papers.

Parlin, a senior Wall Street lawyer with Shearman and Sterling, grew up in the Methodist Church.  He was a member of a number of important commissions and committees for the church which included the 1968 merger between the Methodist Church and the Evangelical United Brethren Church.  During the McCarthy era, Parlin gained considerable attention 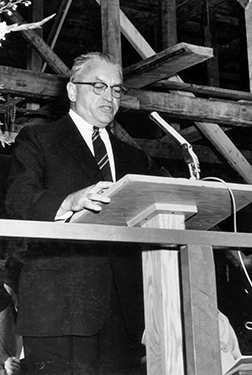 when he counseled Bishop G. Bromley Oxnam in a hearing before the U.S. House Un-American Activities Committee and its investigation.  Parlin also served as President of the World Methodist Council and had a leading role in the establishment of the National and World Council of Churches.  The records reflect his work with the 1968 church merger and the Bishop Oxnam hearing.

To view this finding aid, go to http://catalog.gcah.org/publicdata/gcah668.htm.

“At GCAH, we believe and experience every day the power of history not merely as remembrance but as an active engagement, the past pointing to purpose, the DNA that makes us who we are, forming how we live-into the future,” said Rev. Fred Day, general secretary. “By pulling the stories of difference-makers in our tradition off the shelves and presenting them to the church, we inspire the church to challenge and pioneer new mission opportunities.”